Are you fighting Depression?  If so, you may want to check out a website I have subscribed to.  It is StoriedMind.com

This is a recent story that I just had to share……

After a family-rich Thanksgiving week, I was hard at work Sunday morning writing a post on the placebo effect when my wife and I decided to take a refreshing walk with our two dogs. We didn’t know it, but we were on our way this foggy morning to a head-to-head confrontation with a stray pit bull.

When it was over and I’d had time to catch my breath, I was deeply thankful, in the spirit of the season, for the mind’s ability to shift so suddenly in the face of danger. All its energy and focus instantly take on the demands of one intense moment. There’s no room for depressive moods and thinking. They disappear.

This was not the first of our meetings with fierce dogs. Not long ago, Cathy had been walking alone with our Australian Shepherd, Casey, and our young but enormous pup, Wilkie, a tall and lean facsimile of a Portuguese Water Dog (he was rescued so his pedigree is unknown).

All of a sudden, two pit bulls raced out for the attack. Luckily, a group of boys nearby came to the rescue and pulled the dogs off. Cathy and our guys were badly shaken but otherwise unhurt.

A couple of months before that, I found myself making “Go Home” noises to a neighbor’s handsome gray and white pit bull who was on the loose in our yard. Instead of following my commands, she charged. My Plan A in such cases, as I had always imagined it, involved grabbing dog by jowl mid-leap, wrestling beast to ground and throttling it into submission.

She was not dumb enough to give me that chance. Instead, she raced around me in a close circle, darting in from time to time to try for a bite of my lower leg. Plan A was useless. Plan B turned out to be a two-by-four propping up a young cypress. By swinging that in a circle, I was able to chase her off at the cost of only two little tooth marks on my left shin.

This time we were not so lucky.

Like most aggressive dogs, the tawny pit bull came from behind as we were happily marching along. Suddenly, we were scrambling to pull three snarling dogs apart. Once again, Plan A seemed useless (it usually is), and we were frantically grabbing at animals who were determined to keep up the furious snapping-teeth combat.

We could no sooner pull them apart than they rammed back together. If we held onto one dog, the pit bull attacked the other. Cathy was screaming as our guys took their hits. Luckily, she had just learned a trick on calming an overly feisty pet. It was like Plan A.

Grab dog by sides of head, pull sideways onto ground and sit on the pup until it calms down. The problem is that this tactic is only intended to work when training your own dog, who wants to please you even if it does go off the deep end from time to time.

But here was at least a possibility when everything else was failing.

In the midst of combat, eyes on three fast moving dogs, she managed to fall backwards onto the attacker to pin him down.

I pulled our dogs away from the pit bull but had to let go of the leashes to help Cathy. Wilkie, no fighter, fled as fast as his long, bounding stride could take him. Cathy screamed for him to come back, afraid he’d be lost or run over. I thought he had the right idea – to get as far away as possible, but there wasn’t any time to talk.

We had to shift places so Cathy could take Casey out of there. Aussies don’t walk away from fights like this. They take guarding their flock and family with deadly seriousness. So instead of running, he was determined to stay in the ring. However, he would follow Cathy if I had the pit bull under control.

She carefully got up while I kept my hands on the pit bull’s head and rolled in to take her place. Then I was lying on top of the animal, pressing his head down, while she took Casey and walked as quickly as her wearying legs could take her.

After a while, I thought they were far enough away and the pit bull still enough that I could relax my grip and stand up. Wrong move. The dog was off again and soon caught up with Cathy.

More mad scramble, snarling fight, but this time Cathy moved quickly to get on top of him while he was lunging at our Aussie. I was totally winded and could only walk slowly in their direction, picking up a small rock on the way. It was the only thing I saw that I could use as a weapon.

Once there, in tiring desperation I tried to stun and hobble the pit bull by pounding on his thick skull and smacking the joints of his forelegs. But this dog is bred for survival and is both heavy-boned and pain resistant. The small rock was useless.

Cathy and I swapped places again, and once more I had the menace pinned to the ground. This time I wasn’t letting go. Cathy set off with Casey for the second time to find Wilkie, who was waiting for us far down the road. I looked down at the pit bull, whose face was about a foot from mine, and tried one more trick to get him to run off in the other direction.

While holding the dog’s head with one hand, I used the other to pull from the tangle of my pocket a little sprayer filled with vinegar solution, a poor-man’s pepper spray. It works to keep Wilkie from getting too aggressive, but it’s pretty harmless for combat like this. As much as I pumped the irritant into his eyes and nose, the pit bull did nothing more than lick his lips and blink for an instant.

There I was, lying on top of a fierce animal by the side of the road, no cars in site, yelling Help, Help at a few tightly shut houses and lots of empty land. I had one thought in my mind:

The What turned out to be a pair of headlights about a quarter mile away moving in my direction. I disengaged one arm and waved as much as I could from my prone position while making sure I wasn’t losing control of the dog.

As the car, a big SUV, got closer I yelled HELP! PLEASE! over and over. The SUV rolled past as I waved and yelled desperately, but then to my relief it slowed to a stop. A window rolled down, a shadowy head inside the vehicle turned back toward me. I heard a man’s voice quietly asking, as though there might be some doubt:

In a few minutes I had let the dog go, clambered into the back seat with a ten-year old boy, slammed the door and pantingly explained what had happened. As I was talking to Jason, the husband, his wife, Debbie, at the wheel, suddenly exclaimed: He’s going after them!

And so he was. The pit bull had one thing in mind: to catch our dogs and finish the fight. Anything else, like Cathy or me, was simply an obstacle in his path.

The husband urged his wife to take off in pursuit. It would take this speeding bullet dog just a couple of minutes to catch up to Cathy yet again, even though she had gotten about half a mile down the road. Debbie revved the SUV.

We caught up as the pit bull was closing fast, about 100 feet from Cathy. She had turned and was staring in shock at this new assault by the determined attacker. Head him off, yelled Jason. Get the car between them!

Debbie lurched the vehicle to a halt between the pit bull and Cathy. We flung open the door on the side opposite the dog, pulled everyone on board and slammed it shut before the pit bull could get around the SUV.

As Debbie pulled away, she paused, worried about hitting the pit bull, who had now turned his attention to the moving wheels and shiny chrome bumpers. But Jason and I urged her onward. At that point, I could have cared less about hitting the animal.

After turning a corner and heading toward our house, Debbie checked the rear-view mirror. “He’s following us! He’s not giving up!” But the SUV finally left him behind, and we got safely to our house in a couple of minutes. Effusive thanks to Debbie, Jason and their boy.

Once inside, we checked the dogs for damage. Incredibly, there were no bloody wounds, though our shepherd was exhausted. He took up his place by the front door (Aussies always guard the perimeter) and settled in for a long rest.

I was shaken but otherwise fine. It was Cathy who had been bitten on the ankle when she first tried to step in between the dogs. She’d intercepted a nasty chomp aimed across her path. So, we were off to the emergency room, but the wound, though it caused painful swelling for a few hours, was not a deep one. Next day, she could walk on it with no problem.

What does all this have to with the power of the mind to heal depression?
John McManamy said about one of his videos that it was a play on the Zen koan: When attacked by a mountain lion, eat a bowl of strawberries. (John chose peanut butter.) I guess that means when things are obviously beyond your control, don’t sweat it. My wife and I, however, are among the UnZen and believe there are some disadvantages in the strawberry strategy.

It had been the brain’s fight-or-flight response rather than meditative calm that took over during our run-in with the pit bull. While that may seem obvious, the response did more than help us get through a struggle. It shut off everything else that might distract body and mind from the immediate crisis.

Negative thoughts? Not one.

Irritability? Isolation from your partner? Lack of mental focus?

All the symptoms disappear. At those times, the mind has one focus and is totally immersed in the actions needed for that moment.

In a way, it’s the flip side of mindfulness. Attention is a pure fire in the moment and moves your thoughts and body as fast as possible to act in the face of physical threat.
The same thing happens to me during other deeply engaging experiences – being in the creative “flow” when I’m working well or really connecting with people or physically pushing my limits in hard labor or exercise.

If only we could summon that power of attention and energy in the midst of depression, we’d have the best antidepressant of all – the mind’s own resources for healing.

I hope you enjoyed reading this article.  It is an amazing story, and really gives us something to think about.  Not saying that we have control over Depression, but apparently our mind does.

Have an awesome day! 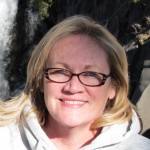 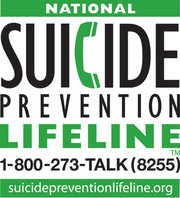